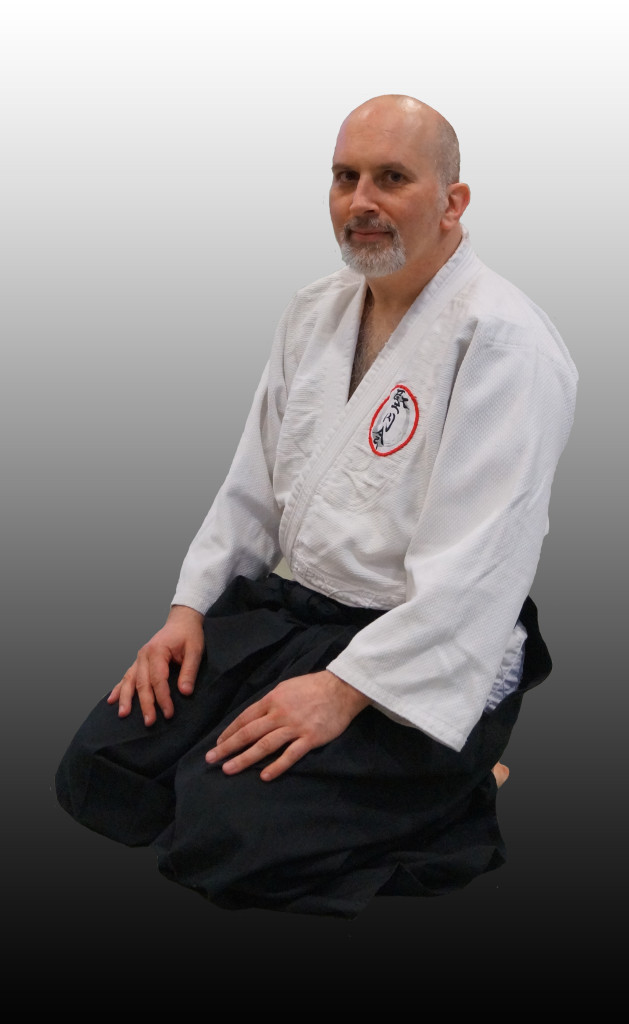 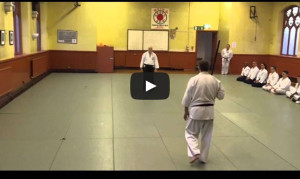 Mark Sensei first got involved in martial arts at the age of 16/17 when a fitness club opened up literally a couple of streets away from his home which had a small Judo Club.
He trained for a year and really enjoyed the physical rough and tumble of grappling and throwing. Unfortunately the club closed down, however as he was well and truly bitten by the martial arts bug he went and found an Aikido club at a local leisure centre

After watching a lesson and then taking part he was hooked, it had all the elements he was looking for and because it wasn’t a competition based martial art it also had a lot of practical elements. Mark sensei trained for two years and in that time started to appreciate the depth of knowledge behind Aikido.

Fortunately quite a few of the students were also ‘door staff’ so the classes often covered practical applications of the techniques.

When he moved up to Nottingham for a new job he immediately looked for a new Aikido club. Finding several around Nottinghamshire he initially couldn’t find an instructor that he was comfortable with (as is often the case it is the instructor that inspires you as much as the martial art).

On returning to the UK from a job in Canada Mark Sensei started training with Ken Robson Sensei of ‘The Shudokan Institute of Aikido International’. The training was physically demanding and very practical as Ken Sensei was from a military background.

When Ken Sensei decided to quit his job and open his own Dojo, as a dedicated student Mark Sensei followed him and helped make his Dojo the success it is today.

He trained with and worked with Ken Sensei for many years being one of his main instructors and achieved his 2nd Dan (SIAI) in November 2003.

During this period he also trained with many instructors but was particularly struck by Joe Thambu Shihan’s depth of knowledge, technical finesse and the overall application of his Aikido.

Having the privilege to go and train with him for a month in his Dojo in Melbourne, he was equally impressed by his professional Dojo and dedicated staff and students.

Eventually wanting to have his own club and with Ken Robson Sensei’s blessing he decided that he would start in Derby.

During this period being left to his own devises Sensei Mark started to explore his Aikido wanting a deeper understanding of the principles behind it. With this goal he felt that a return to the roots of ‘The Shudokan Institute of Aikido International’ which was Yoshinkan Aikido was the right direction for him.

Mark Sensei started training with Yoshinkan instructors from around the UK all of whom made him welcome in particular Terry Harrison Sensei of Sendokan Aikido in London. He also had the opportunity to go and train in Poland and re establish links with some of the instructors from his old SIAI days who were now also practising Yoshinkan Aikido.

Mark Sensei has had the constant support and encouragement of Andy Hobday Sensei and through him he was able to re establish a connection with Joe Thambu Shihan who graded him to 1st Dan Yoshinkan in 2007. Most recently in November 2013, Mark sensei was promoted 2nd Dan by Joe Thambu Shihan showing further commitment to Aikido and the organisation.

Mark Sensei continues to run the Shoshinkan club in Derby striving to improve his own and his students Aikido.